This time, we review what the research says about a very interesting substance in Cellexir, namely coenzymQ10 (coQ10), or ubiquinone as it is also called. What I find exciting is its presence in all our cells, its central role in the cell’s energy formation, and that supplement have proven to lead to increased performance in training. There are also several indications of health promoting properties for some chronic diseases. Below we discuss some of these, the effect of coQ10 on training and what interesting theories remain to be investigated.

In summary, for those who do not have time to read the details, CoQ10 has:

a central role in the cells’ energy formation and is produced naturally in the body
proven to increase performance in trained and non-trained individuals, both with extended time to maximum fatigue and increased oxygen uptake
has been shown to reduce symptoms in patients with chronic heart failure and lead to increased exercise time for them.
The effect of lowering high blood pressure
Anti-inflammatory properties as it is a powerful antioxidant

CoQ10 is a coenzyme, just like, for example, B vitamins, but different from these it is fat soluble which means that access to fat is needed to be absorbed by the cells (1). The substance is found in our mitochondria in all the cells of the body and participates in cell respiration, ie it helps cells produce energy (2). Because of its effect on the cell’s energy supply, coQ10 is found in the highest concentration in those organs that consume a lot of energy, such as muscles, heart and brain (3). The National Cancer Institute (2) provides on its website a good summary of its function in the body:

Coenzyme Q10 is used by cells of the body in a process known variously as aerobic respiration, aerobic metabolism, oxidative metabolism, or cell respiration. Through this process, mitochondria produce energy for cell growth and maintenance. (2).

Naturally, CoQ10 is found in meat, fish, vegetables and whole grains, but at such low levels that they cannot significantly raise the body’s own normal levels (1). A natural supplement through food of 3-5 mg are considered reasonable to maintain healthy levels in the body. This can be compared to supplements of coQ10 which often contain 100-300 mg. Through dietary supplements it has been shown to be able to raise the naturally occurring levels in the body’s cells. (3).

CoQ10 is better absorbed by the body if taken with fatty acids as it binds to the LDL fats. Deficiencies may occur due to too low natural intake, deficiency of vitamin B6 which is a cofactor for coQ10 biosynthesis, or for medical reasons (eg Parkinson’s or some types of cancer) that reduce the synthesis of coQ10. (3).

Effects on the body

CoQ10 has been used for many years as a dietary supplement (though not as a drug) for its health-promoting effects on patients with heart failure, Parkinson’s disease, muscular dystrophies, cancer and diabetes (1).

The lack of coQ10 has, among other things, in studies of athletes been shown to lead to increased metabolic stress and increased formation of free radicals. Thus, coQ10 has shown positive antioxidant effects both for patients with chronic diseases as well as for healthy individuals with deficiency of the substance. (4).

Worth noting is that the US FDA does not approve coQ10 as a direct drug but only as a dietary supplement (2).

CoQ10 has been shown in animal studies to stimulate our immune system and improve our resistance to infections. Further animal studies have shown several immune-enhancing properties such as increased blood cell production (2), but more research on humans is needed to understand its immunological effects. Levels of coQ10 have been confirmed to be lower in patients with heart failure (1). A randomized double-blind study published in 2019 investigated the effect of coQ10 on patients with chronic heart failure in which a group received 300mg of coQ10 per day in addition to traditional treatment. The study found that the group that received coQ10 supplementation after two years had significantly fewer deaths, serious heart-related incidents, hospital time, and milder symptoms. (5).

Another randomized, double-blind, and placebo-controlled study in 35 chronic heart failure patients also yielded positive results. Over a period of three months, the group that received coQ10 had significant improvements in symptom classification and also a positive trend in increased exercise time. (6).

Related to the cardiovascular studies is its effect on blood pressure. In a meta-analysis, eight studies were found that examined the effect of coQ10 on blood pressure, where the decrease in systolic blood pressure on average was 16 mmHg and in the diastolic 10 mmHg. The researchers concluded that coQ10 could be an alternative to traditional blood pressure lowering drugs. (6).

CoQ10 has been shown to counteract the harmful effects of free radicals, and is thus classified as an antioxidant (4). Although inflammation is a necessary process in the body, a chronic such is often a basis for several of our welfare diseases today.

A 2017 meta-analysis found from having reviewed nine different studies on coQ10 and inflammation, that coQ10 greatly reduced TNF-α, which is a cytokine secreted by the immune system with function to activate inflammation in the body (7).

In another meta-analysis of 17 randomized and controlled studies, it was found that supplementation of coQ10 had a markedly reduced incidence of inflammatory markers (8).

”In conclusion, this meta-analysis of RCTs suggests significant lowering effects of CoQ10 on CRP, IL-6 and TNF-α.” (8). 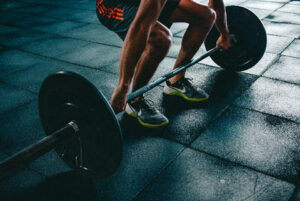 There is also research showing performance enhancing properties with the addition of coQ10. It is above all a well-made study I would like to highlight. The study investigated both short-term (1 dose) and long-term (14 days) effect of coQ10 on anaerobic and aerobic performance in training. A total of 22 trained individuals and 19 untrained individuals were randomized and double-blinded into two different groups where one group received placebo and the other 100mg coQ10 twice daily. The groups were then allowed to perform an endurance test with “knee extensions”, a wingate anaerobic test on the exercise bike, and a max test on a treadmill where the individual had to judge his fatigue. Blood tests and muscle biopsies were taken before and after the tests.

The conclusion was that both a single dose and long-term supplementation of coQ10 extended the time to total fatigue as well as the maximum oxygen consumption (which plays a role in the individual’s VO2max [author’s note]). Thus, coQ10 seems to improve both short and long-term training effects on both trained and untrained individuals. (4).

Patients with certain types of cancer have been shown to have low blood levels of coQ10, which has led to theories that supplementation of coQ10 could have a health-promoting effect on cancer patients. However, research on people where their potential as a cancer drug has been investigated so far is limited. (2).

What one can note is that there are substances with similar properties and chemical structure that have been shown to inhibit cancer growth. In addition, coQ10 has been used clinically to prevent the recurrence of cancer in conjunction with traditional treatment because of its strengthening effect on the immune system. CoQ10 has also been shown to protect the heart during certain chemotherapy treatments.

Interestingly, negative effects have also been shown in connection with radiation therapy. In a study on mice supplemented with coQ10, a decreased effect of radiation therapy was seen. The hypothesis is that the free radicals that are formed by the radiation and which are to kill the cancer cells are inhibited by the antioxidant properties of coQ10. (2). In summary, CoQ10 continues to be an interesting topic in cancer research, especially in combination with traditional treatments.

Other effects and effects on aging

In addition to the above mentioned health effects, it has been shown that patients with type 1 diabetes who receive coQ10 supplementation reduced their need for insulin injections (2). The Mayo Clinic also describes that some studies have shown positive effects in migraine patients who receive a lower frequency of seizures (1).

Regarding side effects, no cases of overdose have been reported to the FDA where coQ10 has led to serious poisoning. However, overconsumption of coQ10 can lead to moderate side effects such as insomnia, diarrhea, skin rash, nausea etc. An important side effect is that the substance reduces the effect on blood thinners and these should be avoided to be used together.

One last interesting reflection of which much is written is the effect of coQ10 on aging. Aging results in impaired function of our mitochondria, reduced antioxidant activity, and increased oxidative stress (which leads to damage to our DNA). Theories have therefore emerged that coQ10 with its health-promoting properties on our mitochondria as well as antioxidant properties could slow down our aging. Especially since it has been shown that the natural levels of coQ10 fall with age. (3). Simon Häger is a marketing strategist within medtech. He has a keen interest in exercise, health and lifestyle and blogs in his spare time for Cellexir.