Jonas is still getting better with age 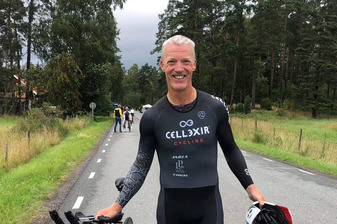 Yes, that’s what Zlatan Ibrahimovic said jokingly this week after his successful debut in the Italian league. He then referred to the film “The Incredible Life of Benjamin Button” from 2008, which is about a man who ages backwards.

The expression felt familiar and it struck me that I had previously heard the cyclist and entrepreneur Jonas Bohr tell me that five years ago he joked that he wanted to make his own “Benjamin Button”. He had then read and been inspired by the book “Growing Young”, which is about what controls the aging of the body and what opportunities exist to influence this. There he decides to start living according to the book’s principles, to see if he could get “better with age”.

Jonas was already a cyclist at the Swedish elite level in his age group, but could never have guessed that five years later he would be cycling at a level he could never even dream of before. Today, as a 53-year-old, he is better, stronger and cycles faster than he ever did.