Acetyl L-Carnitine (ALC) is an ester form of the amino acid L-Carnitine (LC), both of which are found in all cells of the body. The name “carnitine” comes from the Latin name of meat as they are most abundant in our muscle cells, especially the muscles that use fat as fuel. (1).

Enzymes in the body can quickly convert LC to ALC in the body (and vice versa) depending on the metabolic needs of the cell (2). Hence, ALC and LC are used synonymously henceforth. In supplemental form, ALC is most often used as it is the variant of carnitine that is best absorbed in the stomach and intestines, as well as easily crosses the blood-brain barrier (2).

ALC plays a key role in the cells’ energy production, including by transporting long fatty acids to the mitochondria in the cells so that they can produce energy. In addition, ALC improves the transport of residual products from the cells and prevents them from accumulate and become toxic. (1).

ALC has also been shown to affect the cell’s burning of carbohydrates for energy and glucose metabolism. This has led to several theories about how the substance can affect one of our biggest diseases, ie metabolic syndrome and specific obesity. In summary, ALC is a versatile and natural dietary supplement with small risks of side effects. (2). Carnitine is non-essential in healthy people, i.e. the body forms the substance itself through a biosynthesis of lysine and methionine in the liver. In addition to the carnitine produced in the body, we gain small amounts through the diet. (1).

In foods, there are mainly meat products such as steak, liver, fish, poultry and milk. In general, you can say that the redder meat, the more. In a varied diet you get between 60-180 mg per day, but as a vegetarian significantly less (10-12mg). (1).

There are two types of LC deficiencies, the first being genetic which often manifests around the age of five due to muscle weakness or heart problems. The second cause is due to various disease states such as kidney or liver disease that reduce uptake or increase secretion. In these cases, carnitine is added as a supplement to cure. (1).

Too low intake of its constituent’s lysine and methionine has also been shown to cause a lack of carnitine, where vegetarians and vegans are at increased risk. Worth mentioning is that the formation and uptake is promoted by vitamin C, among other things. (1). The risk of deficiency also increases with age as several studies have shown that the amount of carnitine in our body decreases as we grow older (2).

So what effect does LC have in our body, and what research has so far been able to show that supplements of LC and ALC contribute? Below are some areas that have been studied. 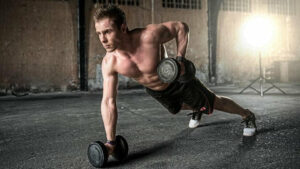 Carnitine completes the final step in the cell’s transformation of fat to energy. Due to its central role in fat burning, loads of research has been done on whether supplements can improve the utilization of fat as an energy source and thus extend endurance in physical activity and improve performance.

A double-blind cross-over study examined the maximum performance of 10 moderately trained men who received 2g LC 1 hour before a bicycle test. The researchers in the study found that LC significantly improved maximum oxygen uptake capacity and maximally produced power at the highest intensity range. (3). Thus, the subject was shown to improve the performance of the participants on the test cycle compared to the placebo group.

Regarding recovery, a summary literature study (4) was published in 2018. It found that LC improves recovery after exercise by reducing the number of free radicals and other markers for cell damage by increasing blood supply and oxygen to the damaged tissue. The summary mentions, for example, an inclusive study in which older subjects (55-70 years) who received ALC supplementation demonstrated increased muscle mass along with decreased physical and mental fatigue. (4).

Studies in older adults further showed that L-carnitine intake can lead to increased muscle mass accompanied by a decrease in body weight and reduced physical and mental fatigue (4).

Another double-blind cross-over study conducted on 110 athletes in various endurance sports showed clear positive effects in those receiving supplementation compared to placebo, both after a dose and after three weeks of continuous LC administration. The effects they received were, among other things, better physical performance, muscle contraction, endurance and oxygen uptake. The positive effects were attributed to better utilization of fatty acids as fuel in the cells. The authors even provide the recommendation that elite athletes should take LC as performance enhancing supplement. (5)

Despite these positive studies, the evidence of ALC’s effect on performance is not entirely consistent and more research is needed. According to a 1998 review (6), the researchers believe that the inconsistency in ALC performance results as a supplement is due to the difficulty in conducting and designing controlled studies. To read more and get a nuanced picture of ALC’s impact on performance, I recommend reading the summary article I refer to in (6). Aging is associated with decreased function in the mitochondria, and carnitine levels have also been found to decrease in cells with age. (1).

In a study of young and old rats supplemented with ALC with lipoic acid (an antioxidant), it was shown that the age-related impaired function of the mitochondrial membrane could be partially restored.

The same study also showed that the rats increased the cellular metabolism in the mitochondria and that they received a reduced oxidative stress. The supplements had the greatest effect on the older rats. Interestingly, they also saw increased movement and metabolism in both groups. (7). Unfortunately, there are no similar studies on its age-suppressing effect on people at present.

Another interesting observation made in several studies is that it has been shown that addition of ALC to the elderly leads to reduced depression (2).

Many studies have been conducted on how supplement of LC/ALC effects cardiac health, where it has generally been possible to demonstrate positive effects on the cardiovascular system for patients with specific symptoms. Mainly because heart failure and similar heart disease have been associated with low levels of carnitine in the heart. (1). Animal studies have also confirmed that supplement of ALC lowers blood cholesterol and triglycerides (2), both of which are risk markers for cardiovascular disease.

Particularly fascinating is the result of a meta-analysis from the Mayo clinic that was published in 2013 where they included 13 studies on heart disease patients. Overall, they found that LC supplement in addition reduced mortality by 27%, decreased incidence of ventricular fibrillation by 65%, and angina (pain attacks) by 40% during the median follow-up period of 2 months. (8).

In contrast, a study (9) demonstrated that a high and long-lasting supplementation of LC could have adverse effects on the gut flora and could increase the risk of cardiovascular disease. This observational study from 2013 was done on both rats and humans who were supplemented by LC. Among other things, it was found that intestinal flora changed when carnitine is degraded to trimethylamine-N-oxide (TMAO), a substance that has previously been shown to contribute to atherosclerosis (plaque formation) associated with cardiovascular disease. (9).

However, the study showed that it was only those rats and humans who already had high TMAO levels and who ate meat that had an increased risk, not those who ate a vegetarian diet. The researchers mention that this could partly explain the relationship between red meat intake and cardiovascular disease previously demonstrated in epidemiological studies, and that more research is needed. (9).

When it comes to cancer, it is primarily ALC’s soothing effect on the side effects of cancer treatments that have been investigated. The prestigious Memorial Sloan Kettering Cancer Center writes on its website that cancer patients with higher levels of carnitine in the blood are generally more functional and have higher energy than those with low levels. (10).

There are several studies in which cancer patients who receive cytostatics or radiotherapy and who experience severe fatigue have also been found to have low levels of carnitine (1). For example, in a study where participants received 4g LC per day for 7 days, most (45 out of 50) experienced an improved condition (based on a questionnaire) when carnitine levels were restored to normal levels. (11).

There are also indications that supplementation of ALC improves the nutritional status of cancer patients, which was shown in a study done on patients with pancreatic cancer. More research is needed on the effect of the substance on cancer, as there has also been some research with no results. (10).

Type-2 diabetes
Insulin resistance associated with type-2 diabetes is believed to be due to a deficiency in fatty acid oxidation in the muscles, which has led to a hypothesis that dysfunctional mitochondria contribute to the condition. Thus, increased fat storage in the muscle mass has become a marker associated with type-2 diabetes. (1). Some research suggests that supplementation of LC increases the insulin sensitivity of type-2 diabetics, which could thus alleviate the disease (10). The theories of why range from showing a reduced amount of fat in the muscles to a lowered amount of glucose in the blood through increased fat oxidation in the cells. (1).

Another study (12) on both healthy individuals and type-2 diabetes patients found that supplementation of ALC and LC increased fat oxidation in the cells and lowered blood glucose levels. The researchers explain the effect through the carnitine’s ability to act as a “shuttle” and transport fatty acids through the cell membrane to meet energy needs.

In conclusion, both L-carnitine and ALC are effective in improving insulin-mediated glucose disposal either in healthy subjects or in type 2 diabetic patients (12).

ALC has also been shown to have positive effects on the relief of nerve pain in diabetic patients. In a multi-center study in which the subjects either had type-1 or type-2 diabetes and experienced nerve pain, 3g ALC was taken per day for a full year. The result was that these had significantly reduced nerve pain and improved vibration sensitivity. (13). It has been shown that the amount of carnitine in sperm is directly related to the amount of sperm and the sperm’s ability to move (1), hence theories have emerged that the substance could improve male fertility.

In a randomized and double-blind cross-sectional study, 100 infertile men received 2g LC per day or placebo pills. The study followed a protocol where 2 months of intake was followed by a 2 months wash-out period, then the same cycle was repeated, and participants’ semen was re-analyzed. The group that received LC was found to have sperm with significantly improved quality and better ability to move. (14).

The positive effect on fertility is thought to be due to increased mitochondrial fat oxidation which provides the sperm with more energy, along with a reduced cell death in the testes. Although several studies show positive results, it is important to point out that there are also studies on infertile men that have not shown significant effects and that the fertility area needs to be investigated more. (1). Unfortunately, I have not found any studies on how carnitine affects fertility in women.